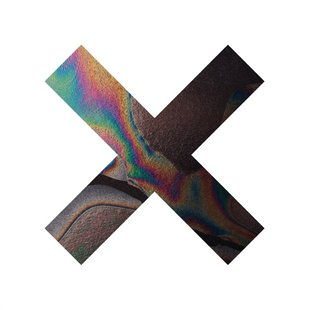 As the whispered chatter died down, everyone suddenly became still in anticipation for The XX to infect the stage at Metro City, April 2.

Images of the arm flailing bass player from the previous band will never be forgotten but were well in the back of everyone’s mind by this point (What was the name of the band anyway. I know I sound old but I couldn’t here a word of what they were saying). The veiling of the equipment and instruments had already taken place showing two giant clear X’s displayed at centre stage.

As the iconic sound of The XX hit the crowd in the form of the song ‘Try’ everyone went into excitement overload only to realise it was but a mere sound check. And to this the girl standing behind me responded, “Oh…haha, I didn’t think I recognised the song.” …….*ULTIMATE FACE PALM.

This aside (and the hope that hopefully the whole crowd weren’t try hard hipsters like the girl standing behind me) I went on to enjoy the show, and what a great show it was. I’ll admit I’m a fairly new fan of The XX but their sound can’t be described as anything below mesmerising. If you haven’t seen them live then do, because they are that times 50 in person.

Their on stage chemistry is what is the most interesting to watch. They were so caught up in the feeling of the song, as if they weren’t even playing to an audience at all. When Oliver and Romy’s eyes locked they would sway towards each other, so in sync, as were their voices; so different but working so well together. Having said this, there’s a certain shyness about them when they did acknowledge and address the stage that was just so incredibly, dare I say it, adorable, that you couldn’t help but fall in love.

To top it off, they were so overwhelmed with the cheering crowd so you could tell they were genuinely thankful to be there (after all, they practically said between every song).

The highlight for me would have to be when they played ‘Angels’ from their latest album release ‘Coexist’. I’m a sucker for crowd favourites at live shows because it’s when you know everyone in the room is singing along to the song, word for word. Well except maybe the girl standing behind me.

The XX are making their way through parts of Europe in May before heading to Canada and The United States. For more info on the band and tour dates visit thexx.info.