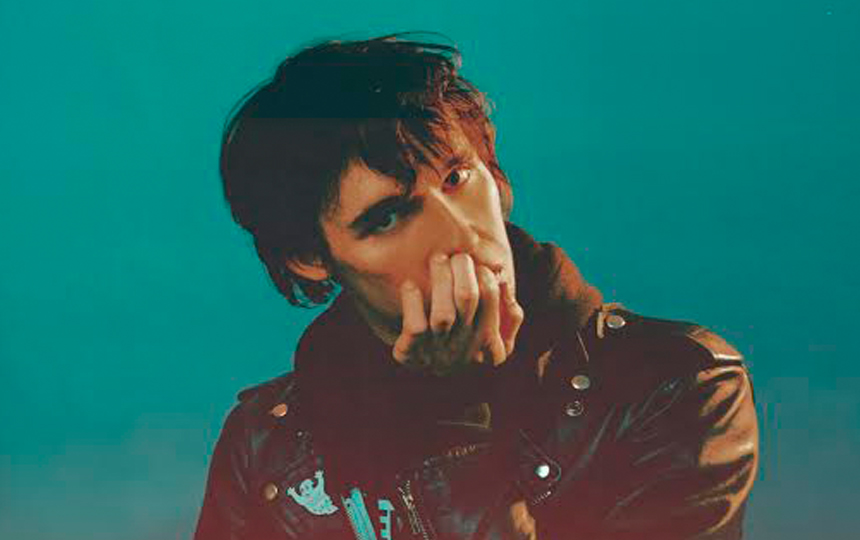 The rights of LGBTIQ+ people in Australia have been thrust into the spotlight over the past 12 months. From the debate on marriage equality and the plebiscite, to the vicious attacks on young people and their right to learn about diversity through Safe Schools, nowhere feels safe.

However, dark periods like this tend to ignite a flame within LGBTIQ+ people to fighter harder for our rights than ever before. One of these people is Sydney musician Jack Colwell. He’s passionate about the rights and mental health of LGBTIQ+ people in Australia and has just released his single “No Mercy” to raise funds for Australia’s LGBTI  telephone and web chat counselling and referral service QLife.

Firstly, can you tell us a bit about yourself and your music?
I grew up listening to Beethoven’s Moonlight Sonata and a Peter Paul and Mary live-in-concert album, singing harmonies with my mother – which was very reminiscent of that painful scene from Nick Hornby’s ‘About a Boy’. Now I listen to Hole and perform most of my material on the piano, which I think of as being punk – even though it probably doesn’t sound like that.

How would you describe your sound?
A lot of reviewers like to compare me to Nick Cave, Patrick Wolf, Tori Amos and Kate Bush. As I mentioned before, I like to think of my music as punk – because punk is a mindset really.

You recently released the single “No Mercy” which is heavily centred around homophobia. What would you say to people who think homophobia is a thing of the past?
I think the world is certainly in a better place for LGBTQI+ voices. There’s definitely more queer visibility in mainstream media, which is generally an indication of how marginalised voices are being treated and discussed. Unfortunately though, homophobia is still very common in society, especially outside metro areas. I am lucky to live in Sydney, and most of my interactions with people are in queer-friendly environments, but I know that this isn’t the case everywhere – especially in other places such as Iran and Jamaica where identifying as queer can be fatal. Therefore, I feel it is important for us as a collective voice to keep discussing and addressing this issue, as things like the Safe Schools program and the tragedy in Queensland are just the tip of the iceberg.

“No Mercy” is such a powerful and emotional song to listen to. Can you explain the concept behind it?
To me, ‘No Mercy’ links my experience of homophobia from my childhood to who I am today in my adult life as an out gay man. It is a reclaiming of the self, and a refusal of homophobic language. The song acts as mirror to the bully, to challenge them with their own words and direct the spotlight back upon them, and their shameful actions. I have no tolerance for bullying.

A sometimes-controversial word that is frequently used in the song is the word “faggot”. What is your relationship with this word and how important was it for you to include it so prominently in “No Mercy”?
I hate the word “faggot”. I hate the word poof. I hate all queer slurs that were used to intimidate me, and that I heard used both in a violent and a casual way. This word breeds so much fear, hate and anger – and rightfully so, because it is a word no one wants to hear. I felt I wanted to use it in the song because I think it demonstrates what an awful word it is, it makes the listener uncomfortable, and for that, I am truly sorry. But I think it’s important to face this word and hear it, challenge it, and as a queer person to reclaim it.

All the proceeds made from the release of this song are going to QLife, a project of the National LGBTI Health Alliance. Can you tell us a bit about why you chose QLife?
I was surprised to find out how little funding QLife received from government sources, and I believe having a resource like this is very important. A friend of mine volunteers in one of their call centres, and I chose the organisation largely because they were a national network, and I wanted the funds to be able to assist people all over Australia – not just in a single state. After speaking to QLife I was also really impressed about the amount of training and resources they provide to volunteers, especially relating to different cultural groups and sub-sets of the queer community, including young people and Indigenous Australians. I have been very happy to partner with them, and believe in the work they do.

How important do you think it is to continually support LGBTI organisations and projects, particularly given the current, highly publicised negative views of prominent political figures and parties?
I think it’s very important to keep the conversation going. Just because certain political parties say and think one way, doesn’t make it acceptable. It was only just over 20 years ago (in 1994) that the Commonwealth passed the Human Rights (Sexual Conduct) Act which meant that same-sex and other attraction was no longer illegal, which is not even as old as my current age. There is a huge focus on same-sex marriage in Australia, particularly in politics and the media, and sometimes it can seem like that if we were given marriage equality that all our other problems would fix themselves, but really Marriage Equality is just a hot topic and one of many things still still classifies LGBTQI+ people as second-class citizens. I can only speak from my position as a white gay man, but within our broad umbrella there are people desperate to access medication, housing, food, counselling etc who are being denied these everyday qualities of life that a lot of us take for granted, and unfortunately are not as discussed in the media. It is such a big conversation, that is longer than this paragraph – but I am glad we’re discussing the mental health situation of queer people, and in particular young people, because to me that’s a fight that’s really worth going in for, and something I would always offer my support for in the best way I can. Something I will say though, is in this day and age I think a lot of people think that posting a Facebook status to their friends, who’re usually very like-minded, is enough to assert that they’re outraged or want to make a change. Part of me releasing this song is doing something more than posting into the void. It’s taking something I feel I’m good at, and using it to assist a much-needed service. I implore people that if they feel angry, upset, or hurt to do something more about it. Even once. Go and volunteer. Write a song and raise funds. Have an art show and donate your proceeds. Drop off left over food to a shelter or try to educate someone in a calm discussion who thinks differently to you. Those are the things that will create a change.

To buy “No Mercy” and raise funds for QLife click here. To find out more about Jack Colwell and his music head to www.jackcolwell.net.