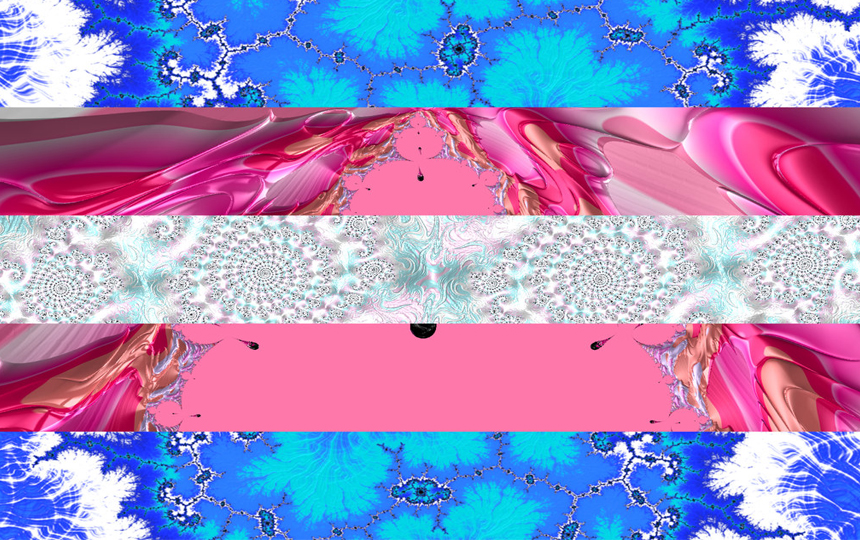 Once I realised the only way to ever be happy or at peace as a person was to transition, then my real battle began.

For me, the steps I’ve had to take in order to transition hormonally and socially have been a huge burden on me financially. Trans people such as myself still face high levels of transphobia all over the world. This can lead to high unemployment rates and homelessness, as well as increased rates of mental health issues. In Australia, 25% of transgender people report current feelings of suicidal ideation compared with 2.7% of the general population. Up to 50% of trans people have actually attempted suicide at least once in their lives. To overcome all of this, and to then have the finances to comfortably transition, is an uncommon occurrence for transgender people.

I was unemployed for a very long time in my twenties. This was probably due to a combination of lack of skill, lack of direction and bouts of depression I suffered on and off for many years, partly due to my not being able to live as the gender I identify with. During the years I was unemployed, I accepted clothing from friends who didn’t need things anymore and I was lucky a few times to get shoes donated that fit! During this time I was in the public system to see a psychiatrist to help sort out my depression. In my head, treating my gender dysphoria would have fixed the depression completely. Because I had little to no money, the psychiatrist I was sent to had no clue about gender dysphoria – it was a learning experience for both of us. Being shy and not knowing if any support groups for trans people existed, I just went along with what the psychiatrist suggested. Things felt okay but I was still crying for answers in the back of my head. This treatment cycle ended when they felt I was no longer depressed.

It would have been about 2004/5 when I finally snapped again. At the time I was working for a computer repair shop that didn’t pay very well, though I was living with an awesome lady who saw the real person behind the mess the world saw. Also, this time I had the Internet! With the power of search engines I was able to contact local support groups and discover an appropriate psychiatrist to visit. Unfortunately the most appropriate one to see wasn’t the public kind, so it cost money for each visit; hello to more financial struggle. Luckily I only had to see the Psych three times before he recommended the endocrinologist who would finally prescribe me hormone therapy. With my low income, I was working 6 days a week and earning just above what unemployment paid at the time. My self-esteem was very low and I needed money to progress. The endocrinologist wasn’t one of the cheap ones either, with every visit costing a couple of hundred dollars with not much in return from Medicare. For me, I also had the additional cost of blood thinners due to having to see a hematologist who discovered I had a gene called Factor V Leiden (my blood clots more randomly than most people). With the monthly cost of blood thinners added to my medication list, and having to take a blood test every two weeks (which was free but GP visits once in a while did cost money), I didn’t have any money to spare. I spent years working with the computer company and putting up with remarks from male colleagues about how my breasts were developing. Some weeks I would have to decide if I had to eat regular meals or purchase much needed medication to help in my transition.

Luckily, with help from my best friend I was able to get a job working in a lab doing whatever they needed. The new workplace was okay with my being transgender and didn’t harass me like the last workplace did. In fact, there were specific rules in place that meant no one could. Since this new job paid better money and on a regular basis I could finally afford my medication AND get extra things I needed to be me, to be a person. Now anyone who thinks women’s clothes are cheap hasn’t tried to clothe a tall, plus sized woman. Op shops offer plenty in the way of clothing and shoes for women of average size / height, but being over 6’ tall means finding stores or websites that cater for the bigger girl. Also, prices at these sites tend to cost more which didn’t help my financial situation. I’m sure some people might think I could have just worn men’s clothing but there in lays the problem … I was wearing men’s clothing and that fact alone increased the feeling of “This is wrong”. When trying to present as a feminine woman to society, a boyish look was the last thing I wanted.

Whilst I was financially better off than I had been in the past, additional costs kept coming up. The anti-androgen I was taking did a fantastic job in ridding me of torso hair (ick), but the one it couldn’t handle was facial hair – hello new expense. Due to blood thinners I was taking at the time, laser hair removal at this point was not an option due to the side effect caused. However, after 11 years of hormone therapy, I am finally off blood thinners and I can get IPL (Intense Pulsed Light – hair removal), for the area that is actually treatable, which costs just under $200 per session. It’s definitely worth it though to finally rid my skin of the dark haired curse that has plagued me for decades.

The last great financial hurdle I find myself facing today is having surgery. While some are perfectly happy to not have surgery, I personally feel it is a requirement for my personal development. Sadly since I was unemployed for so long in my twenties, the ownership of a house or decent superannuation is something I never gained. To be honest, getting money for surgery is going to be the hardest part of my journey. I don’t have financial means like others have and my current understanding is that the Australian government doesn’t pay for this kind of surgery. The monthly cost of medication remains the same and while it’s now easier to afford thanks to a full time job I don’t have the income to be able to save for a surgery.

All of this might seem daunting to anyone suffering with gender dysphoria and looking at transition as a way to a better life. However, sharing my story is not intended to deter people from affirming their gender. Yes I’ve faced many struggles, however beginning hormone therapy, something I dreamed about for years, has been life changing. I am finally able to focus on being the person I was meant to be from birth. I am no longer an empty shell. I have finally found my path.

Just recently I attended the annual work Christmas dinner. I splurged a little on my looks by buying a dress, makeup and shoes all from online stores. I still had to save money where I could but that is not the point. The point is, I felt like a princess. I wore a Cinderella style dress and even lost a shoe before dinner in true Cinderella style. Some expenses you can never be prepared for. Some expenses equate to a lifetime of planning and saving. However it’s important to take a step back sometimes and acknowledge the little things that help you affirm your gender every single day. Regardless of how you wish to transition though, if you know it will make you feel like yourself, it’s definitely worth working towards.