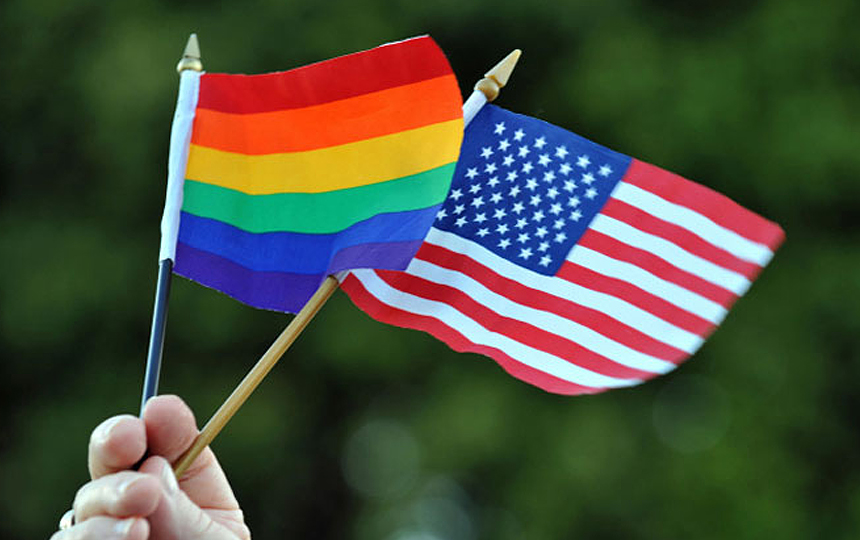 Since Trump was elected, I have not been in mourning, I have just been numb. I’ve cried, but even the terror and the sadness just doesn’t feel real. I just feel empty.

You can try to make this situation look better and claim that people supported Trump for various reasons that were not xenophobic, racist, homophobic, misogynist, but ultimately many people decided that he was the best candidate DESPITE these things which tells me that my existence as a queer womyn does not matter to them. It tells me that they disagree with my right to breathe and do not think that their actions and words cause me pain. And my mental defense is to just not feel.

To be honest, I have not felt much since my sexual assault in September. It happened when I was black out drunk at a conference. I only vaguely remember vomiting in my hotel room, have no idea what happened before that except some memories from the hotel bar. I woke up naked the next morning, with my vomit in the other bed, with his hat and his sunglasses and one of my shoes scattered across the room. Even though I don’t have any memory of what happened, my body felt weird- almost on alert- something I cannot really explain except that it was my body telling me things my brain cannot remember.

And like many other sexual assault survivors, I blamed myself. I should not have gotten that drunk. I should not have invited them to my room- even if I was so drunk that I barely remember the walk back to my hotel room and everything after that is fuzzy at best. It was my fault, not the men who took advantage of me. I blamed it on the fact that I have never really dealt with how I was molested by a family member as a child, and that the reason why I invited these men to my room was because I wanted something to happen. I could not help but believe I was raped because I do not value my body or my self-worth. And even though I have been a womynist and an activist for most of my life and have advocated for other sexual assault survivors to not blame themselves- I did not follow my advice. I did not report it. And I have not even told my partner of four years about it because I still feel ashamed.

Fast forward to a few weeks later, and Trump’s comment about grabbing women by the pussy was everywhere which caused me to relive that night over and over again. Since then I have not paid much attention to the campaign. There were way too many people defending the right for a man to sexually assault women that I couldn’t process it. I still can’t. So many people tried to reach the men who were defending sexual assault by getting them to think about how they would feel if it was their mothers, wives, or daughters who were talked about as if they were sexual objects, and that still did not work. There have also been tweets since Trump was elected from men claiming they will grab all the pussy they want once Trump is in office. If men did not think they could get away with assaulting women before despite the rampant rape culture that refuses to punish rapists, how much worse is it going to get?

After Trump was elected, I was so busy the next day I was not able to process it until I went to group therapy for fellow sexual assault survivors. The atmosphere in the room was heavy. Most of us just wept for our safety and for our lives. One of the member’s boyfriend voted for Trump over a single issue. He felt that a fetus had more rights than his girlfriend essentially. That is the America I live in now.

I unfortunately live in a Trump state and am a graduate student at a university where the students supported Trump. The morning after he was elected, I passed students walking to class with Trump shirts and there were anti-Semitic pro-Trump graffiti found in bathrooms all over campus. As a queer womyn, both in my sexual orientation and gender identity, I fear for my safety. I have a target on my back because I stand out as different, as the other. And it is absolutely terrifying. I try to walk around with my head held high, but I am exhausted of fighting for my right to exist.

But, in the wake of this nightmare, I somehow have found some bursts of sunshine brightening the sky. The first ray of sunshine was when one of my students who is a president of a fraternity emailed me asking me questions to help him argue against his Trump supporting friends. I am glad that he, as a white cisgender male, was taking the time to still stand up for what is right against his other white cisgender male friends. We need more people like him.

The second ray of sunshine has come from my friends and family. So many of my friends have reached out to me to tell me that I matter to them. One of my colleagues just walked into the graduate lounge on Wednesday and hugged me and said he was sorry. I did not realize how much I needed that hug until then- between my sexual assault and the Trump presidency- his hug made me feel human again- that I mattered.

And it is that kind of hope that will get us through this. I am not sure how to proceed in regards to protecting my civil rights in the future- it honestly might be anarchy. But it is powerful to find love in all this hate. We need to look for the bursts of sunshine in this hurricane. It might not be easy but they are there.