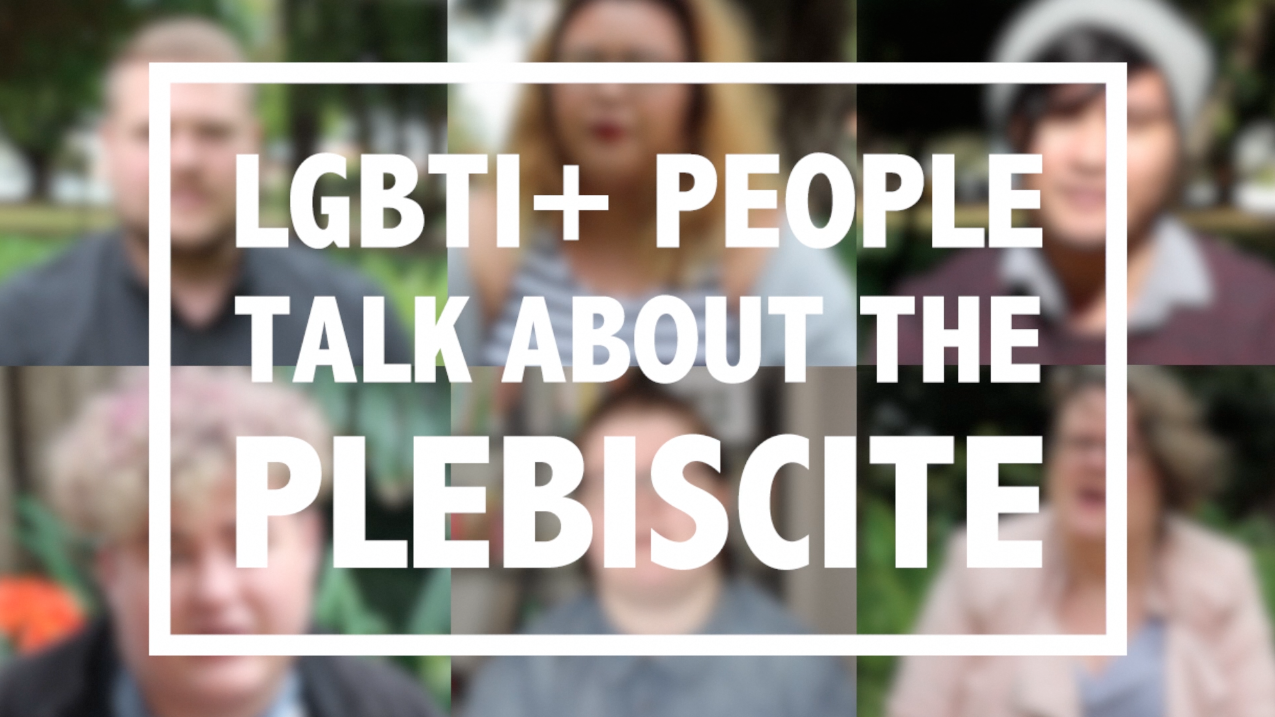 Talk of marriage equality in Australia has taken centre stage over the past 12 months, even more so since a date for the upcoming plebiscite was announced for February 2017.

The plebiscite as it stands, will essentially be a $160 million + popular vote on whether Australians want marriage equality or not. This, despite the many opinion polls that have already taken place and consistently show support for marriage equality, has been labeled by many as a waste of time, money and effort, especially seeing as the result is non-binding.

This is a small price to pay though, compared to what the negativity from the plebiscite will do to the mental health and well-being of LGBTI+ Australians. It is therefore time for politicians and the media to take a seat, and for LGBTI+ people to have their voices heard, as it is their lives that will be directly and negatively affected should the plebiscite go ahead.

IF YOU WANT TO STOP THE PLEBISCITE:
– Tell your MP and senators to vote against a marriage equality plebiscite here.