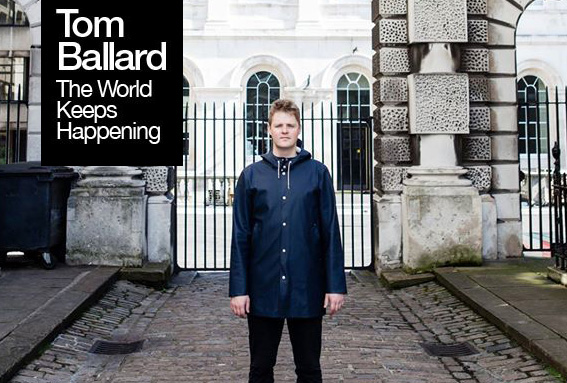 Former Triple J radio presenter and all round funny guy Tom Ballard has been gracing the stage at The Gold Digger in this year’s Perth Fringe with his brand new show; ‘The World Keeps Happening’.

In his show, Ballard explores the idea that everything in this world is sinister and confusing and on the verge of collapse, all whilst providing ideas on how he could potentially solve these worldly issues.

He talks about feminism, terrorism, online dating and more, all topics that hold great interest and controversy to people all over the world. However, I most enjoyed when Ballard asked the audience of their excitement about Australia Day approaching. The audience replied how any audience member should at a stand up comedy show (with little enthusiasm so as not to draw attention to themselves), at which point Ballard replied “Well you shouldn’t be,” and talked about what Australia Day (ie Invasion Day/Survival Day) really represents. Preach!

Ballard’s stand up performance, though controversial at times, captivated the audience from start to finish. His jokes about his own personal experiences in life and dating were where his comedy stood out the most, and had the audience laughing the hardest.

To anyone who is a fan of Ballard’s previous work; you’ll definitely enjoy this show! To anyone who hasn’t seen him before, get in quick!

Ballard’s show is on every night until January 30. Tickets can be purchased from the Fringe World Website here.