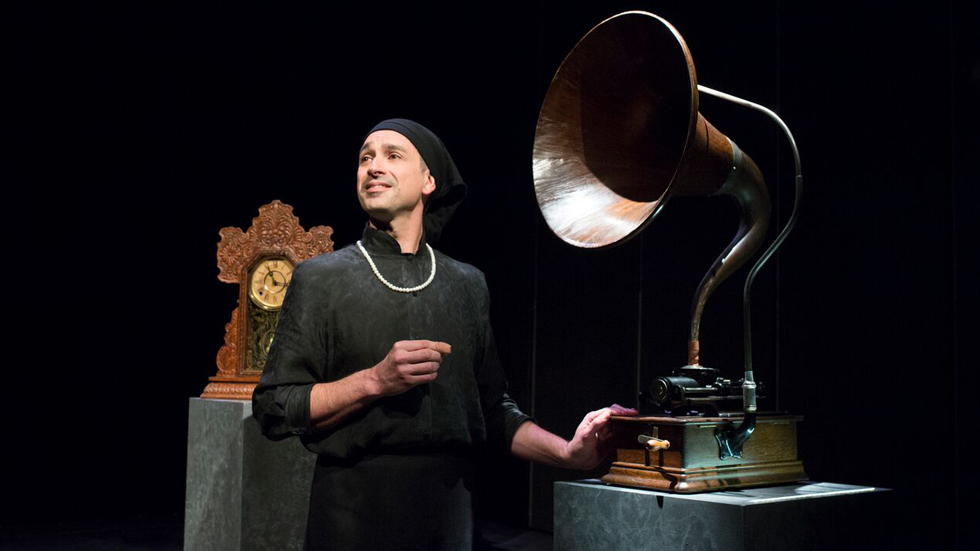 A lone figure enters. She makes her way to a gramophone placed off centre stage, and talks about her fascination with it, and the other items that belong to her extensive museum of furniture and everyday objects. For the next 90 minutes, this is the only person to grace the stage, playing over 30 different characters throughout the entire performance.

Winner of the Pulitzer Prize for Drama and Tony Award for Best Play, ‘I Am My Own Wife’, by Doug Wright, made its WA premiere over the weekend at The Heath Ledger Theatre Studio Underground. Set in Germany amidst the Nazi and Communist regimes, the story follows the life German antiquarian, Charlotte von Mahsldorf, played by Brendan Hanson.

Charlotte, who is plagued by memories of her late father, manages to live her life fearlessly and unapologetically as a trans person in a time and place where it was not safe to do so. As she talks about her life to an enthusiastic array of different characters, a fascinating, intricate and emotive story emerges.

Sourcing items from abandoned Berlin houses to run her museum by day, and creating a safe space for local LGBTI people in the form of a secret cabaret basement dive bar by night, is just the beginning of the interesting stories this play has to offer. Brendan Hanson does an amazing job of bringing this Broadway biography to life and we strongly encourage anyone, LGBTI or not, to see this production, brought to life by the Black Swan State Theatre Company.

I Am My Own Wife is playing at the Heath Ledger Theatre Studio Underground from October 12-29, 2017. For more information and to book your tickets online click here.