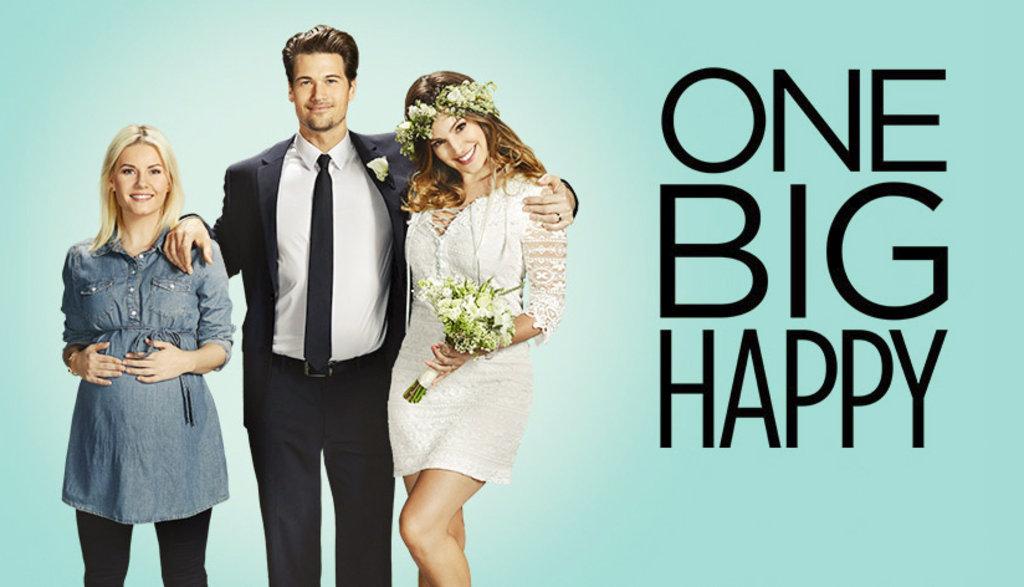 Did you guys catch One Big Happy last night on NBC? If you didn’t, you can always head over to AfterEllen (cough *sponsored by NBC* cough) to catch up on the hype. And it’s no wonder people had high hopes for the show, with Liz Feldman and Ellen at the helm. But…sigh.

Remember in Friends (especially in the first season), when all we knew about Ross’s babymama Carol was that she was a lesbian — and wasn’t it funny? Sentences like “she’s a lesbian” and “Susan and I are getting married” were met with raucous laughter. Of course, that was a long time ago. High waisted jeans have gone out of style, come back into style, and (possibly) gone out of style AGAIN. In the meantime, the country has made great strides towards marriage equality. And especially in recent years, lots of gorgeous, funny, nuanced queer lady characters have graced our screens, playing whole people who had entire lives, and were also gay or bi or pan or curious or just plain slutty.

At this point, in 2015, we live in a world where a tampon manufacturer will fund a webseries about queer teenage vampires. We are at a point where a married lesbian couple on an ABC Family show will lie in bed and talk about whether they’ve faked orgasms with each other, and an episode later, questioning twelve year old boys will kiss. We are fast approaching a really, really good place for queer lady visibility on tv.

So what the heck is up with One Big Happy?

Let’s talk about what we know about Lizzy (the lezzie).

Well, she likes the Container Store. She has a cat named Ellen. She wants to paint a wall gray. (I guess) she also wants to have a baby.

And she’s a GIANT LESBIAN!

How do we know?

She tells us. Her best friend tells us. Their friendship seems to be entirely based on the fact that he always knew she was into girls. She’s gay, and isn’t it funny? We know it’s funny because of jokes like the fact that she wore a tux to prom. (Cue hysterical laughter). We know it’s funny because she is just so flummoxed by a nude Kelly Brook pushing her body against hers in an overly-enthusiastic hug (when Lizzie balks, Kelly’s character says, “I’m beginning to think you’re not a very good lesbian.”) Because — remember, don’t forget — Lizzie is a LESBIAN!

Did we climb into a time machine? Because here we are, right back in the era of first-season Friends, right back in 1994. Welcome back to the early nineties, folks! I was in fourth grade. Caterpillar boots and baggy overalls with one strap fastened were in. Everyone wanted Rachel’s haircut. And being a lesbian was a punchline. (So was being trans. And yes, there was a joke at the expense of trans women in the show last night, as well).

I might watch another episode. I don’t want funny, talented ladies like Liz Feldman, Ellen, and actress Elisha Cuthbert to fail. I want them to succeed. But for the love of god, even if all of you writers came of age in the nineties and stuck that way, with your queer politics forever encased in the amber of uncomfortable straight audience laughter, wake up! It’s 2015! Lizzie is not just a lezzie. If this sitcom is going to survive, she has to be an actual person as well.

This article was originally published on Queer Girl Blogs and has been published here with permission. To view the original article, click here.