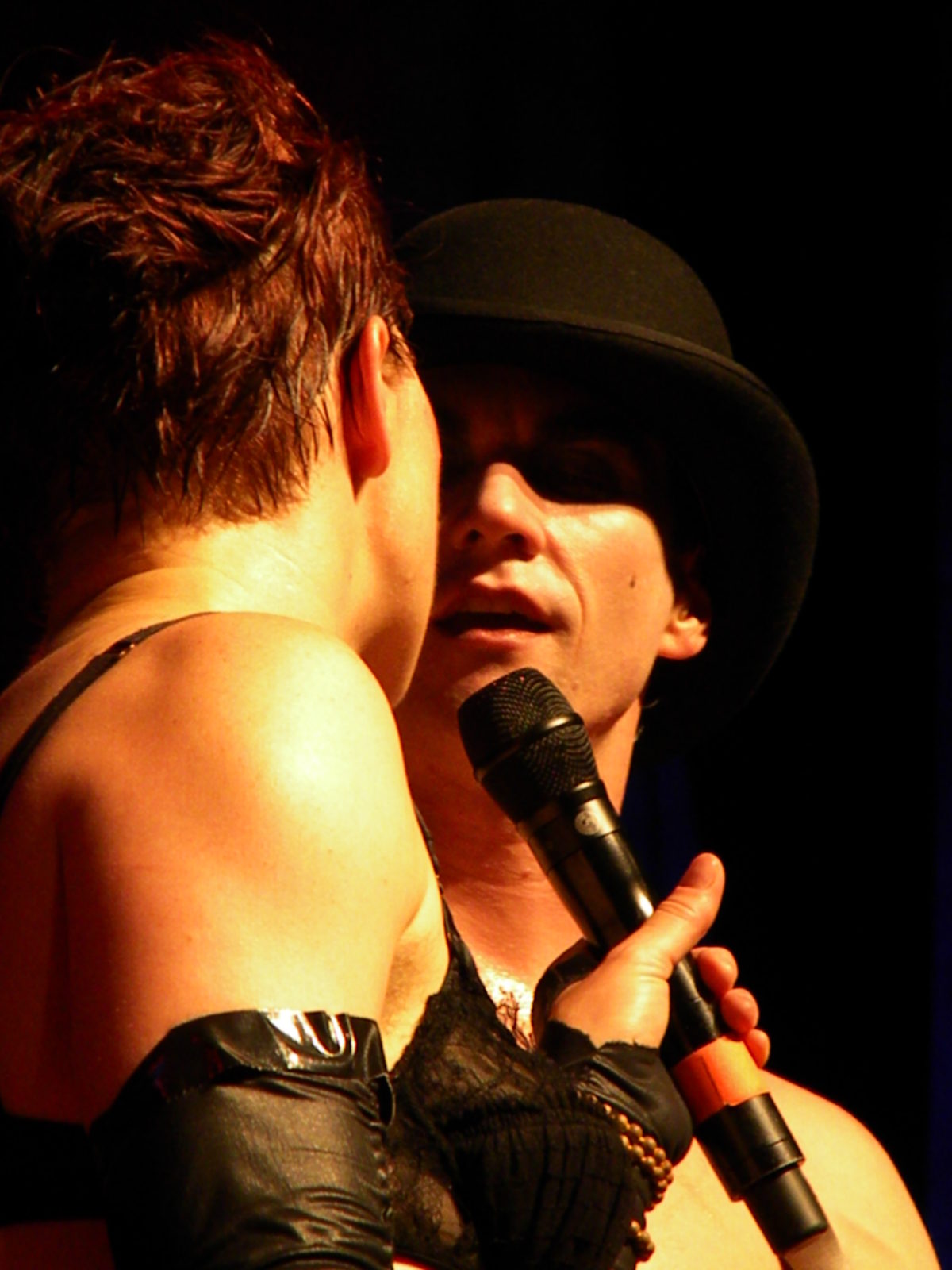 Amanda “Fucking” Palmer and Brian Viglione together are the Dresden Dolls. Forming in 2000, they have had a well earned break after their hiatus in 2008 and their choice to leave their record label. They have since reformed in 2010 and returned to Australia, performing in Perth last night.

In the cute and cosy Astor Theatre in Mount Lawley, Perth, swarms of intricately dressed beings from all walks of life emerged for the final show of the Dresden Dolls Australian tour. As the last gig of the official tour, they set out to put on an unforgettable show. With back up artists Melbourne band, The Jane Austen Argument and Tasmania’s The Bedroom Philosopher (Justin Heazlewood) warming up the crowd the scene was set for the Dresden Dolls to grace the stage.

Amanda Palmer runs on stage sporting a Japanese style kimono, soon to be taken off to unveil a slightly more revealing choice of outfit, followed by a shirtless Brian with his face painted with the usual mime artist style. The lights are on and the music begins. Fans chanted lyrics to classics such as “Coin-Operated Boy” and “Girl Anachronism” and took every opportunity they could to get the best pictures of their idols. As the evening flowed on fans were offered bottles of water by Amanda, and even a random orange, later to be returned and found a new home upon Brian’s drum kit.

As the evening went on there were many surprises including audience member participation, previously arranged by twitter. Joining the band a bass player hopped on stage for their cover of Beastie Boys “(You Gotta) Fight for Your Right (To Party!)”. Amanda also never ceases to amaze as she appears in the audience on the top balcony for the encore getting more intimate than ever before with the crowds of people as she jumped down and headed back towards the stage through the crowds. They also took on requests from audience members and treated them to a few songs they hadn’t previously performed live in Australia before.

All in all despite the stifling heat that is Perth’s summer, the show ran smoothly and the fans remained upbeat until the very end when the crowds slowly started drawing out at midnight bustling to buy merchandise.

The Dresdon Dolls will perform for free tomorrow (January 14) at Fremantle Esplanade 4pm as announced on Palmer’s twitter.