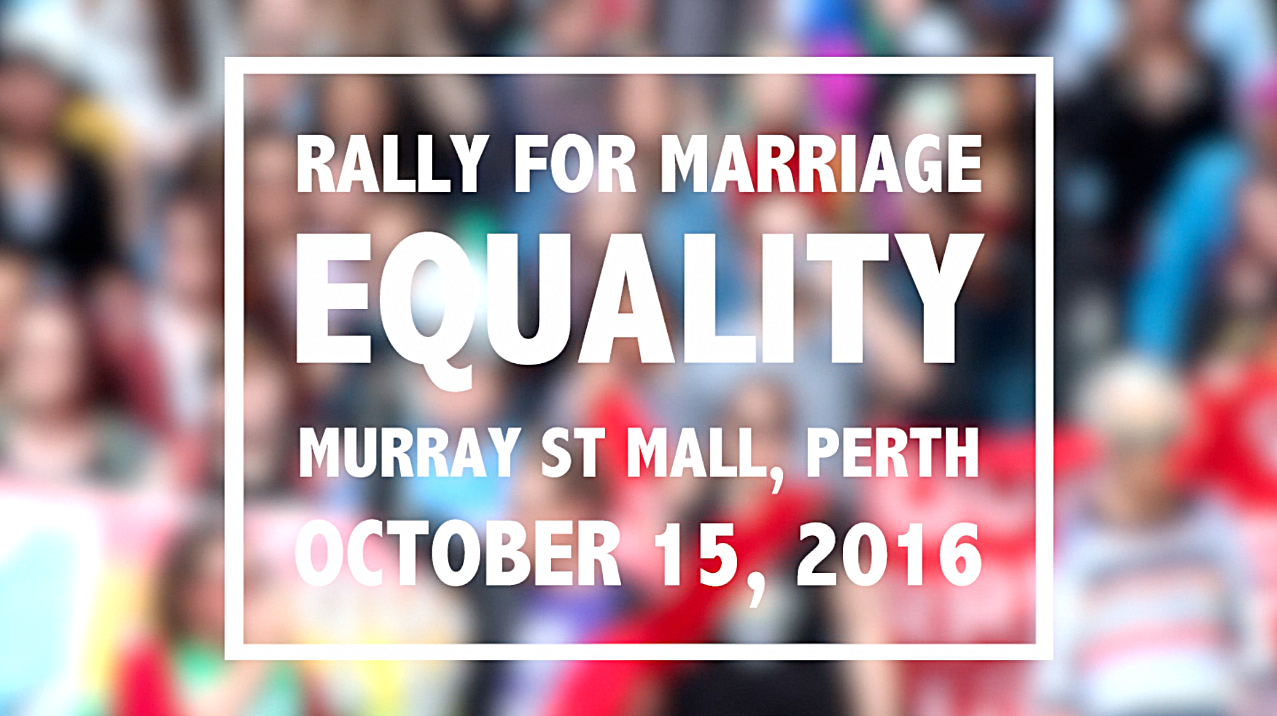 On Saturday October 15, Perth hosted one of the first marriage equality rallies in Australia since it was officially confirmed the Labor Party will block  the plebiscite once it reaches the senate.

Despite the lack of support for a plebiscite from Labor and Greens politicians as well as the vast majority of the Australian population, various politicians are still determined for it to go ahead.

Special Minister of State Scott Ryan has dismissed calls for a free vote in parliament while Nationals MP Andrew Broad has stated he will walk away from the government should the prime minister change his current approach to marriage equality.

Prime Minister Malcolm Turnbull has yet to state what his next move will be once the plebiscite is blocked; he supports marriage equality, though the plebiscite was a major component of the coalition deal that forms the government.

One thing that is for sure though; keeping the pressure up in fighting for marriage equality is more important now than ever before.

Take a look at our video from Saturday’s rally in Perth.