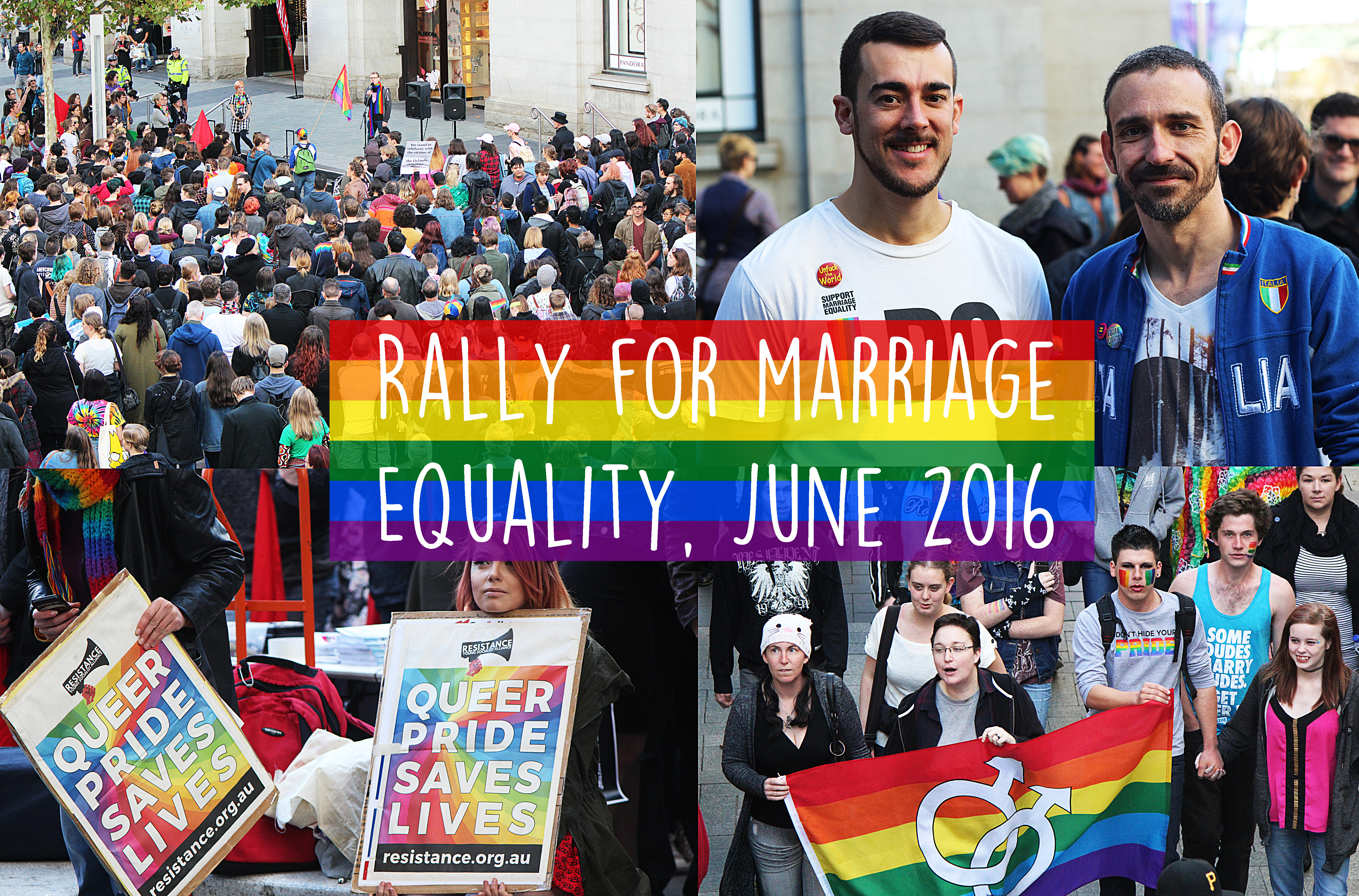 Hundreds of Perth people gathered for one final rally for LGBTI rights on June 25 before the upcoming election on July 2.

The Rally for Marriage Equality, hosted by Equal Love WA, was one of many happening across Australia on Saturday.

The crowd and speakers were particularly angry over the proposed plebiscite from the Liberals which would cost tax payers $160 million despite current public support for marriage equality.

With the election less than a week away, opposition leader Bill Shorten has committed to making marriage equality his first act as Prime Minister should Labor win.

“The first piece of legislation I introduce into the 45th Parliament will be a bill to amend the marriage act, a simple change,” he said.

The words “a man and a woman” are replaced with “two people”, no $160 million plebiscite, no hurtful, hateful government-sponsored advertising campaign for us.”

Should this be the case, this will not only be a win for same gender couples, but also trans, non-binary and intersex people.

In WA this can be clearly seen with Lynn MacLaren’s constant support and presence at LGBTI events and rallies.