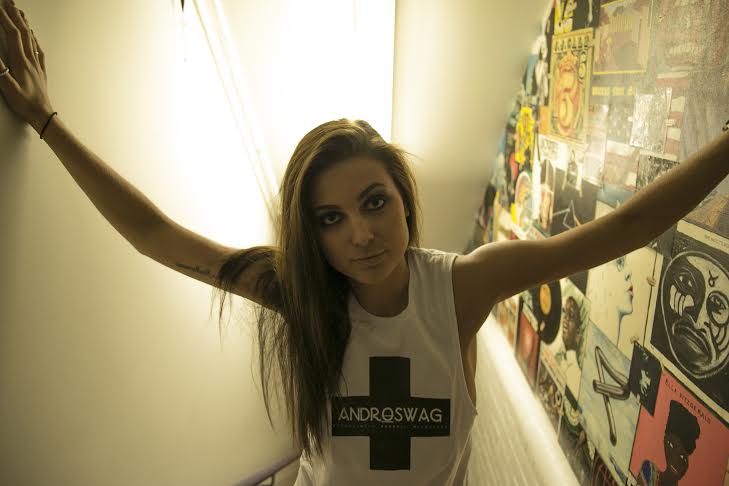 I often think about how clothing needn’t be defined as either men’s or women’s; one or the other. The idea that we as humans must fit into two distinct boxes and stay there obediently our whole lives is an absolutely absurd concept to me, one that goes well beyond clothing.

As a kid I always preferred masculine clothing and dreamed of the day when I would be confident and financially independent enough to not be confined to the women’s section of every clothing store I set foot in.

I was 18 when I bought my first “men’s” shirt which might not seem all that exciting to most, though for me it was a liberating moment. It meant I was able to express myself freely, break free of the notion that ‘only men can buy men’s clothes’ and most importantly, I could be myself. It still bugged me that, even though I didn’t identify as a man, most of what I was interested in was in the “men’s” section, though given the new found array of clothing options in front of me, I didn’t stop to question it much further.

7 years later, I still continue to buy what I want, from whichever part of the clothing store I chose, though the notion of clothes being either ‘men’s’ or ‘women’s’ rather than just ‘clothes’ is still prevalent in Australia and in western society as a whole. Many people, myself included, don’t fit into those two categories, nor do they want to, and so there exists a gap. Thankfully, this gap is not going completely unnoticed.

The popularity of start-up androgynous fashion companies online is growing at a heavy pace; androgynous meaning having both or neither masculine and feminine characteristics. That’s where Androswag comes in.

Androswag is a new, Melbourne based Australian androgynous apparel line which aims to give everyone, regardless of gender or sexuality, a platform of expression to break down the stereotypes that have confined and defined so many for so long. But what does that all mean?

“The gender spectrum is just as diverse as the sexuality spectrum,” explains Jordy, Co-founder of Androswag.

“Socially, the world is increasingly recognising gender and sexual differences, which is great, yet traditional clothing constantly reminds us in its style, sizing and categories that ‘the men line up here, and the women line up there’.

Unfortunately, not all of us believe we stand in either of those lines. That’s why we preach, “Don’t let gender define your style”,” he said.

Co-founders Jordy and Cass are very supportive of the LGBTIQ+ community, and want to show that with Androswag.

“Our aim is to be as involved in the community as we can be by using Androswag as a platform to; publicise aspiring talents in the community who’d like promotion for their business, art, or any other creative pursuits, remind our people of where they can seek help regarding sexuality and gender related anxiety or depression, and contribute to charitable organisations who are adding value where it is needed,” said Jordy.

Androswag’s website isn’t officially live yet, though you can check out and order some of their stock online here – the line has definitely peaked my interest and got me excited!

The exclusive release launch will be happening at Sorry Grandma! (Melbourne) on July 30 – Click here for more details.

Also be sure to stay updated with what Androswag are up to on Facebook, Instagram and Tumblr.

I look forward to a time when clothing ceases to be gendered, and apparel lines such as Androswag are one of many. In today’s society however, I think the launch of a new androgynous apparel line such as this one is something to be very excited about!