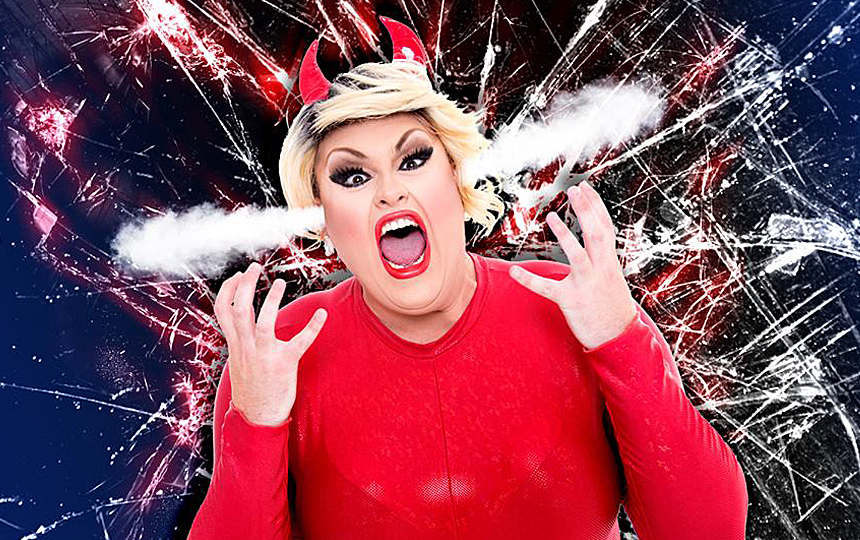 Fringe World Perth went out with a bang this year with Dean Misdale’s show “#madashell The Musical” gracing the stage of Four5Nine Bar on Saturday and Sunday night to sold out audiences. The show, performed by Misdale’s alter ego Feminem,  brought to life YouTube series #madashell in comedy cabaret form, and was full of real life encounters and parody songs to boot.

To the sound of some familiar tunes, and in sequinned attire, Feminem takes you on a journey of epic proportions, and gives insight into what makes her #madeashell; something not to be missed. After all, hell hath no fury like an angry drag queen.

From singing about curious strangers who think it’s ok to touch drag queens without permission, to the finger lickin’ goodness that is KFC, there was something in there for everyone! And, to round off the performance: a costume change, some lip-syncing (what’s a drag show without it), and an all round bitch session on what made people in the audience #madashell.

Feminem had the audience laughing from start to finish with her quick wit and effortlessly amusing annecdotes. The show was smart and wildly entertaining, leaving the audience wanting more, many of whom were obvious long-term fans. Feminem was born to entertain and “#madashell The Musical” proves it.