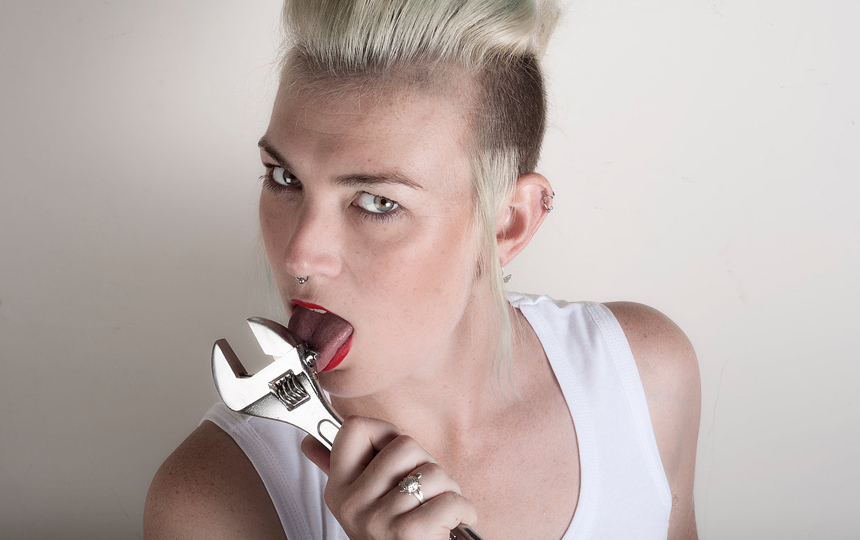 Jessica McKerlie’s “Gender Spanner” made it’s WA premiere at Perth Fringe World  on Tuesday night at The Ellington Jazz Club. The show is part burlesque, part cabaret and 100% full of “labels that just don’t stick”, a reference you’ll understand on a whole new level if you see the performance for yourself.

Inspired by McKerlie’s own explorations and understanding of gender fluidity, the show touches base on areas not often openly talked about or explored in performance pieces. Armed with a ukulele and many other props (potato and gravy anyone?), McKerlie presents an honest and empowering performance filled with thought provoking ideas and questions about what it means to be a man, a woman, or somewhere in between.

Though I felt some acts didn’t flow from one to the next as well as they could have, there’s no denying the acts themselves were well thought out and entertaining on so many levels. McKerlie’s ability to hold the crowds attention, and to use their quick wit to stop mid performance to clarify any misunderstandings was hilarious, leaving much of the crowd in stitches of laughter.

This show is a queer must see because, as I’ve mentioned in a previous Fringe World review, stories of lived experiences are so important coming from the LGBTIQ+ community where full acceptance of ‘being yourself’ is hard to come by, both outside and within the queer community. Hearing other people talk about (or perform) their experiences can only lead to more acceptance and understanding of the diversity that exists within the queer community.