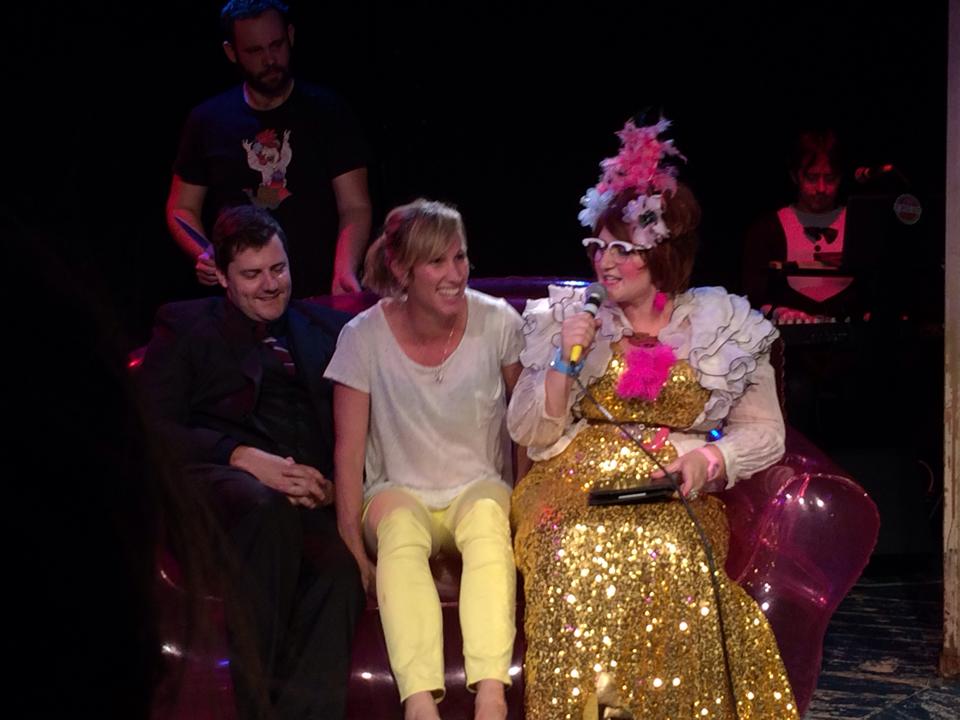 In the suburbs of Perth there lives a woman; a woman like no other. Her fame is something to be inspired by and her use of glitter and colourful outfits something to be flat out jealous of. I don’t even need to say the name, you know who I’m talking about already right? Famous, colourful, glamorous, funny and…FAMOUS. Oh what the heck, it makes me feel a little closer to fame every time I say it; it’s FAMOUS SHARRON.

I finally had the opportunity to see a Famous Sharron show on Sunday night at Fringe World (Famous SHARRON – The Fame Game). I have to say, she definitely made me LOL throughout the whole show with her quick wit, performance routines and interviews. It’s definitely something you need to see at some stage in your life.

To get an idea of what to expect from a Famous Sharron show and reasons why you’ll love her I thought I’d come up with a list of some of my favourite things about her performance from  the show I attended last week.

1. When she entered the room: There’s a certain buzz around her,  you can just sense her presence when she’s near. Either that or hear her, she has a very distinctive and loveable voice.

2. Touching People: This generally happened right throughout the show. If you’re lucky enough to be sitting in the first couple of rows you might get an offer to soak up some of her fame.

3. Pink Couch: Every time she got off her blow up pink couch and nearly sent her guests flying backwards.

4. Lip-syncing: Yep that’s right, all famous people do it.

5. Her team of talented and fabulous Famettes (Perth’s top improvisors – The Big HOO-HAA!). On the ball and ready to make everyone laugh.

6. Making People Famous: James McHale (ABC) and Sarah Jamieson (Olympian & 1500m record holder) were guests on the show. I can’t say I’ve heard more in the press about them since Sunday but I guess not everyone can be as famous as Famous Sharron.

7. Being Quick Witted: When someone from the audience said they were famous amongst their friends for having sex with a “fat chic” Famous Sharron replies with saying her husband does that every night and loves it, then proceeds to break out into dance.

8. Appreciation of her fans: After the show Famous Sharron was talking with and taking selfies with her fans. A true sign of appreciation.

What are some things you love about Famous Sharron? Share your favourite moments in the comments below.