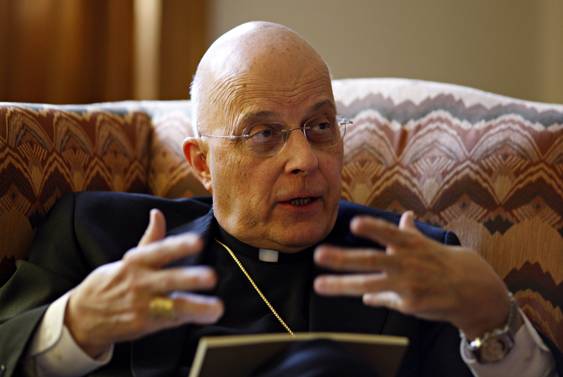 Chicago’s Archbishop Francis George compared the LGBT community to the Ku Klux Klan recently in a dispute leading up to the annual gay pride parade in June.

The dispute at hand was the result of a complaint from a priest, claiming the pride parade would interfere with morning services.

“You know, you don’t want the Gay Liberation Movement to morph into something like the Ku Klux Klan, demonstrating in the streets against Catholicism,” said the Archbishop  in a Fox news interview.

Not for profit organisation Truth Wins Out has launched a petition because of this comparison.

“George’s resignation is his only road to redemption and if he has a shred of dignity and a sliver of class he will immediately step down.”