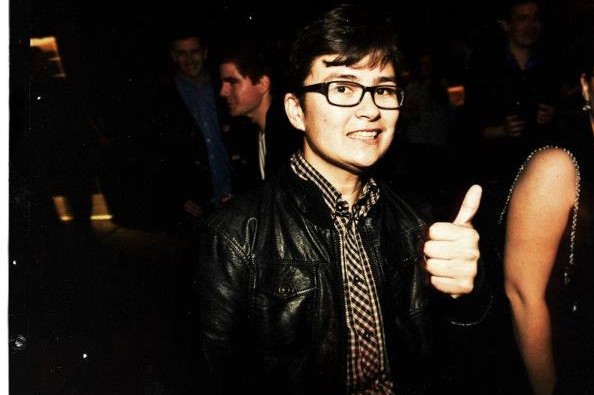 A few weeks ago I wrote an article talking about my experiences in gaining employment as a queer person. The post was popular so I decided to post again about gaining employment, but this time from a trans perspective.

I was able to ask Oskar about the ups and downs of gaining employment as a trans man in Perth and here’s what he had to say!

What are the main problems you’ve had to face when it comes to finding employment as a trans person?

As I’ve been struggling to change my name – my legal name is my biggest indicator that something is up – particularly since I don’t present as female at all these days. Little things such as what clothes to wear – female clothes or male clothes at a job interview? I’ve been forced to present as female for job interviews and it sucks. I worry a lot about my future career – I’m worried that despite my studies, I still won’t be hired in my chosen profession because I’m trans. I’m quite happy with the direction my future career is going and I’ve been studying and training under my preferred name for a while, but my documents still don’t match up and that is something I can’t really fix right now. I don’t hide being trans admittedly – I don’t think it is something to be ashamed of, but it is in the back of my mind all the time.

Have you ever not been hired because of how you identify?

I once disclosed my trans status during a job interview when they wanted personal referees and most of my personal referees don’t remember my legal name only my preferred name. So I decided to disclose that I was trans. Admittedly I didn’t really want the job – but the interviewer definitely wasn’t keen to hire me after that conversation. I couldn’t leave the interview fast enough.

Do you currently have a job? (if so) How does it feel to be open and accepted in your place of employment?

Yes I do have a job and I am open and accepted in my place of work. I love it and I love my job. I told them last year (I was hired there before they knew I was trans) and I told my bosses. I worked in another branch in the organisation before my current position and told them about being trans and they didn’t fire me or anything, but they didn’t take it too well. My current branch however is awesome. They’re all great. All the staff have been told and overall it is awesome. I love my job. They accept me for who I am. I do get misgendered sometimes, but people usually correct themselves quickly and I’m ok with people making mistakes as long as people try. I haven’t suffered any discrimination or bullying.

What do you think might be going through the mind of a potential employer when or if they decide not to hire someone based on their sexuality and/or gender?

I think they’re afraid mostly – of what people will think, their employees, customers. Particularly if they’re trans – I think people sometimes think we’re freaks and they don’t want anyone like that working for them. I think they think it is not worth hiring a trans person as they perceive it to cause too much trouble than it is worth.

Do you think Perth employers still have a long way to go in accepting people of diverse sexuality and/or gender?

Yes definitely. It has changed a lot, but we definitely need a lot of work. That kind of change includes legal change. For example from 1 August 2013 it is unlawful to discriminate against a person on the basis of sexual orientation, gender identity and intersex status under federal law with The Sex Discrimination Amendment (Sexual Orientation, Gender Identity and Intersex Status) Bill Act 2013 (Cth). But changes need to come not just from the law, but from workplaces. That takes time. That involves workplaces being more active in educating and working with LGBTI people and organisations to protect their employees and they need to be more willing to hire LGBTI people, in particular trans people. The unemployment rate for trans people in Australia is much higher than the general population.

How important do you think it is for people to know that marriage isn’t the only issue of inequality faced by the LGBTI community?

I acknowledge that the rights of LGBTI people in Australia and around the world have improved significantly. However it is a fact that trans people are trailing behind, particularly when compared to our lesbian, gay and bisexual friends. I do think marriage equality is important, but it is not the most important issue. For me, the most important issues are the discrimination and bullying of LGBTI people in work, schools and other areas, the mental health of LGBTI people (mental health is a huge issue in the LGBTI community with rates of depression, suicide attempts and suicide much higher than the general population), the issue of homelessness that affects LGBTI people significantly, the ability to access medical care (this is especially important to trans and intersex people) as well as recognition and representation for trans and intersex people. There are a lot of legal hurdles for trans and intersex people which people who aren’t in those groups struggle to comprehend. For example for trans people – some people want and need hormones/surgery while others don’t. This could be for personal reasons such as health, financial reasons or they don’t feel comfortable with medical intervention with their bodies. Should they be denied legally changing their gender identity because they don’t fit society’s norms of what a trans person should go through to be considered as fully transitioned? This is a problem in Norway where I’m from in particular which will deny trans people the ability to change their gender markers unless they follow a very select criteria (which includes sterilisation which many trans people are uncomfortable with). There is also the issue of people who are trans that aren’t in the gender binary (such as genderqueer people) who are constantly denied their rights to be recognised. I do worry once we achieve marriage equality, people will forget the bigger issues and think we’re all equal. I hope people keep that in mind when they support marriage equality.

Who has been your favourite employer and why?

My current one! Because I love my job and my bosses have been incredible to me.

Is there any advice you can give when it comes to gaining employment and going for interviews?

That is tough. I don’t really have any experience in that. I think it is worth researching the workplaces you’re going for a job interview – do they have any policies about LGBTI people at their workplace? Research and know any relevant law about discrimination. Also try and be as confident as possible and be yourself. If that workplace doesn’t hire you because you’re Queer, lets be honest, do you really want to work for them? There are still lots of great workplaces who are willing to hire Queer people even if many don’t. Also don’t give up and keep working towards being better every day.

Oskar is currently seeking funds to pay for chest surgery to affirm his gender identity. For more info and to donate, head to his gofundme page here.